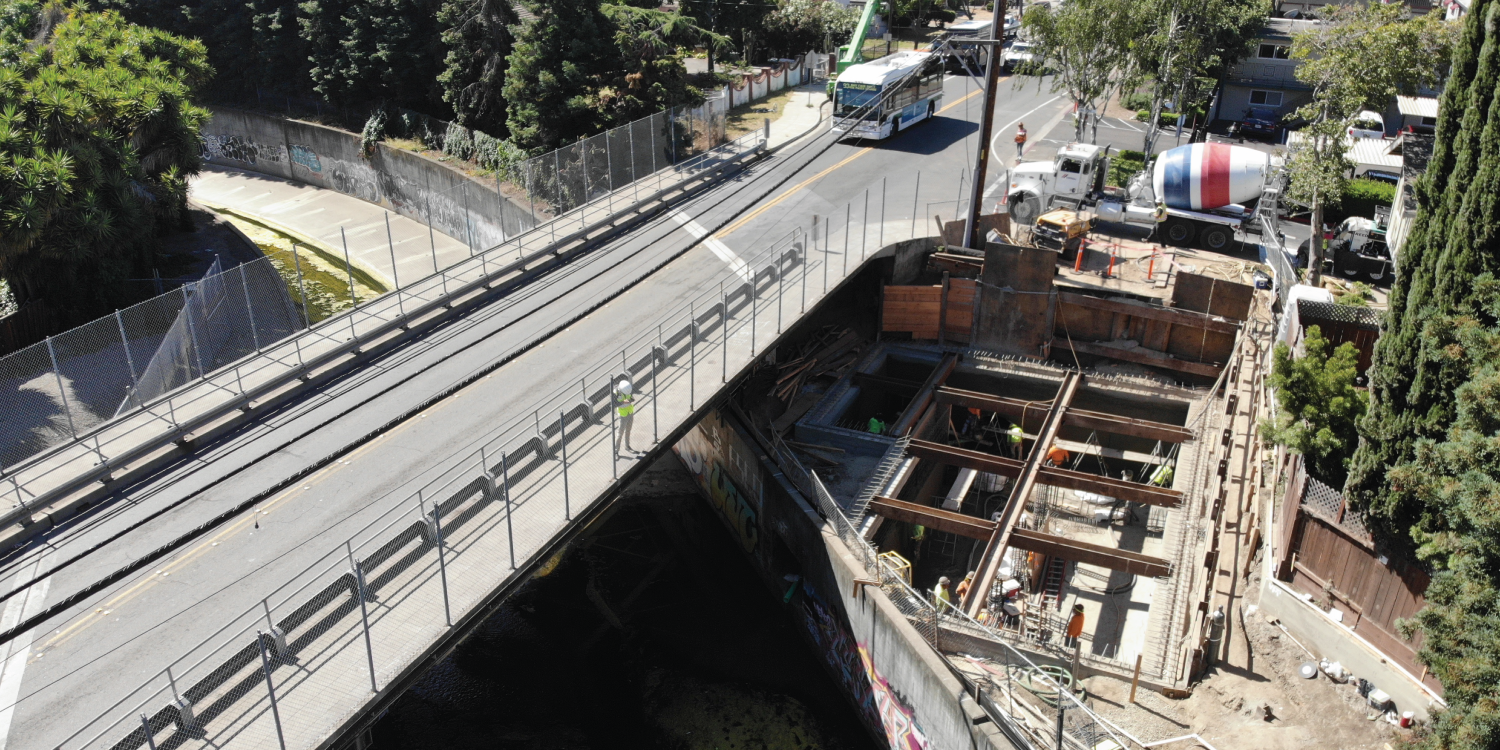 The type of trash capture devices at both locations was selected based on hydraulic constraints identified in the hydrology and hydraulics model conducted by Wood Rodgers. Linear Gross Solids Removal Devices (LGSRD) were chosen based on the minimum level of hydraulic impact identified in hydraulic modeling completed for the respective watersheds.

LGSRD’s installed at Estudillo Canal was constructed within the existing canal. Trash Capture improvements at the Estudillo Canal location were developed in coordination with Caltrans. Modifications were made to existing hydraulic structures to compensate for the hydraulic impact caused by the trash capture devices, as identified in the hydraulic study. Accessibility improvements were made adjacent to the channel to improve access for maintenance of the trash capture devices.

LGSRDs installed at San Lorenzo Creek were installed in a large off-stream underground vault structure immediately upstream of existing storm drain outfall locations. The project location presented many design and construction challenges due to the limited project footprint that is bound by an aging roadway bridge structure on one side and existing residential dwellings on the opposite side. The vault structure design and construction sequencing were developed to incorporate the excavation shoring system within the final structure. Lightweight Geofoam backfill was utilized above the underground vault to reduce design loads carried by the vault roof system. To mitigate hydraulic impacts caused by the trash capture devices, CE&G designed a self-adjusting flow gate within the vault to reduce flooding potential during the design flood event.