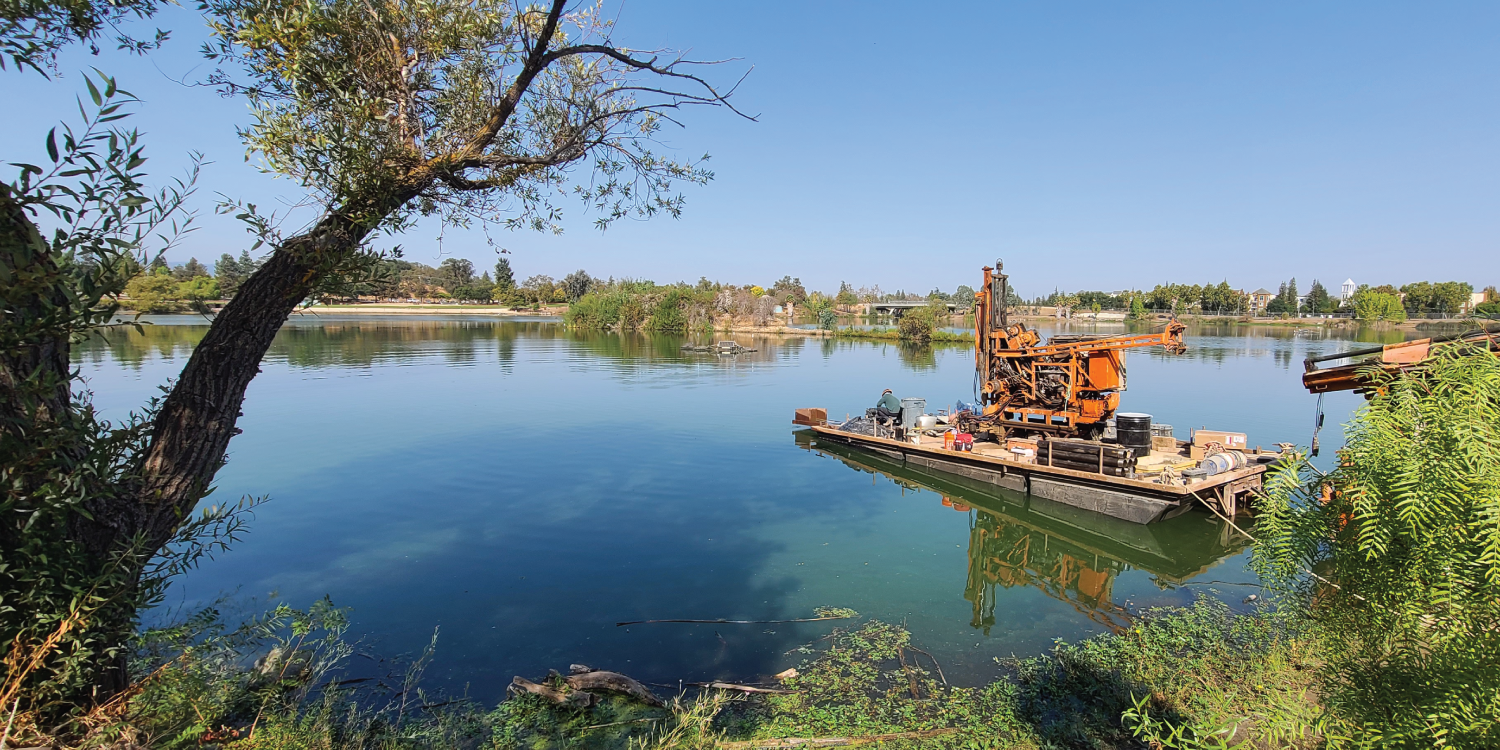 The 32-acre Almaden Lake is a man-made lake owned by Valley Water that is located within a City of San José park. The lake was once a gravel quarry and is fed by Alamitos Creek, which flows into the south end of the lake and exits into Guadalupe Creek at the north. Over the years, naturally occurring mercury from abandoned upstream mines has settled at the bottom of Almaden Lake and is converting to methylmercury. As a result, the lake was designated as an impaired water body requiring mitigation. To mitigate this situation the lake waters will be separated from Alamitos Creek by constructing a new dike with a maintenance road that bisects the lake and creates a separate creek channel, and in place capping of the mercury-laden lake sediments.

Under an on-call geotechnical contract, CE&G developed and implemented a detailed and extensive geotechnical investigation that included subsurface exploration, laboratory testing, and specialized analyses to support design and construction of this complex site construction project. The exploration was planned by developing of isoheytal maps of lake sediment thickness based on historic maps. CE&G completed a focused subsurface exploration program that included land borings drilled around the lake and over-water borings drilled from a barge along the planned dike alignment. The investigation revealed a thick layer of soft, highly compressible clayey lake sediments across the area of proposed dike improvements. CE&G completed laboratory strength and consolidation testing of selected samples from the lake bottom and from treated bulk samples of lake bottom material to assess potential in-place soil improvement methods.